Orioles rack up wins against Cadott, Thorp as they prepare to meet

A lot has happened in the last week, but one thing you might not have heard was sports related: wins by the Orioles against Cadott and Thorp, on Tuesday and Friday of last week respectively.

The back to back wins come off a mixed record that saw the Orioles win against McDonnell at Chippewa 68 to 53, then fall the week after to the Spring Valley Cardinals at UW-Stout, 75 to 60.

Regarding the game against Cadott on Tuesday the score was 86 to 69 in Stanley-Boyd’s favor, while at Thorp the final score came out to 56 – 42 in the Orioles favor.

As to the game at Cadott, Carsen Hause had the most points for the Oriole spread, with 31 total over two halves, six in the first and the rest in the second, with 10 two-pointers and 11 free throws over the game span.

Coming in after Hause in terms of overall points scored was Brady Potaczek, who racked up 20 points total over both periods, 12 points in the first half and 8 in the second.

As to the other players on the Oriole squad, Henry Hoel had 12 points over the game with Cadott, while Lucas Smith had eight. Cooper Nichols scored seven points, Landon Karlen six, and Dlominic Raffetto two.

Shifting over to the Thorp game, the Orioles came away with a win, but not before a show of support in regards to the recent tornado. The Thorp P.T.O. was on site to help raise funds for the Stanley Relief account, while Courtesy Ford paid all game admission costs, ‘in light of recent events.

Of the point spread, three of Smith’s shots were three pointers and the other two counted as two- pointers. Carsen Hause had one three-pointer with six two-pointers. Henry Hoel, meanwhile, made his points in two and one point increments, with three 2-pointers and five free throws over the course of the game.

Smith and Karlen led the team in fouls against Thorp with four each, while Hause and Nichols each took away one, for a total of ten over the course of the game.

The Orioles faceoff next against St. Croix Central at home, which game takes place Thursday night, beginning at 7:30 p.m.

Landon Karlen (left) look to get past Ryan Raether of Thorp as to the back Brady Potaczek keeps alert and ready. Photo by Joseph Back.

Photo by Joseph Back. 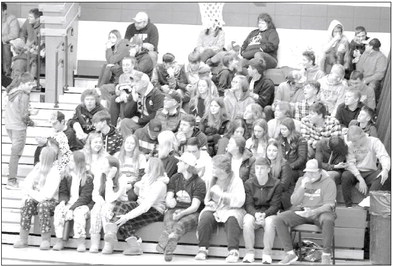 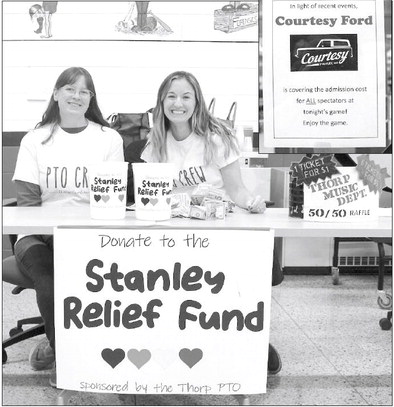