The new City Hall for Newport is a beautiful, spacious and welcoming building that should serve the next several generations of residents. Photo by Bruce Karnick
News
City of Newport celebrates new City Hall

The City of Newport has a new city hall location, and it does not disappoint. The new City Hall for Newport is located at 2060 1st Ave, just a few short blocks behind Tinucci’s at the corner of Maxwell Avenue and 1st St.

The first city hall was built in 1903 which served the community until the mid-1980’s when space became an issue.

That led to the current building to enter the planning stage. The council knew they had to solve the problem now and they had to include room for future expansion. The new building is ADA compliant filled with many top-of-the-line safety features and amenities for both law enforcement and fire/emergency medical services. There are ample training rooms and meeting spaces, office spaces and the council chambers are custom built for both classic council meetings plus adding technology into the meeting. The goal was to build a 100 year building, a building that will last the city well into the future.

The city also benefitted from the timing of the construction, explained Mayor Elliot.

“One of the questions I get is how are we paying for this? I’ve met a lot of new residential and commercial construction, which brought in additional property taxes. We benefited from some very low interest rates less than two percent. Because of COVID slowed construction we got great bids for the work because construction companies were looking for work to do. And lastly, we were able to bring three buildings into one, a city hall, a fire station, and a fire station. With that you get what they call, economies of scale, one parking lot to clean, one set of sidewalks, one HVAC system, rather than three separate buildings that we’re trying to maintain and manage all of this is what makes this a really good decision. And a really good time for us to be building a new building.”

The new facility brings everyone with the city under one roof increasing the efficiency of city staff. The state-of-the-art equipment mentioned above includes a much-improved storage area for the fire department. The biggest piece of the gear storage for the firefighters is the location. Previously, the storage for gear was very close to the exhaust of the trucks and the ventilation was not strong enough to protect the crews as they put their gear on. Now, they have a separate space to keep their gear, there are also two new devices to help evacuate any smoke or silt remnants from the clothing and gear, and there are decontamination showers that help open the pores and flush the skin to make it free from contaminants. All of this so the crews are not carrying that crud home to their families. It is a much safer and healthier environment for all the workers involved. On the law enforcement side, the garage has heated floors to help keep the floors dry and safe in the winter as well as to protect the gear in the patrol cars from getting too cold when they are not running.

From an architectural standpoint, the building is beautiful, with amble natural light in the office and garage spaces. The floor plan is open where it needs to be and still allows privacy as needed in the cubicles and offices. The meeting and training areas are huge, and the building is very welcoming to the public. Overall, the project looks to be perfectly executed to provide services for decades to the City of Newport and its residents. 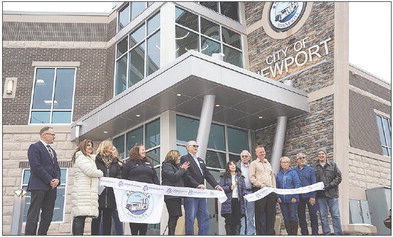 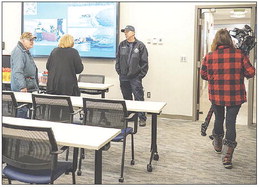 The new training space has a lot of room to fit departments as needed and has up to date technology to assist with meetings and training. Photo by Bruce Karnick 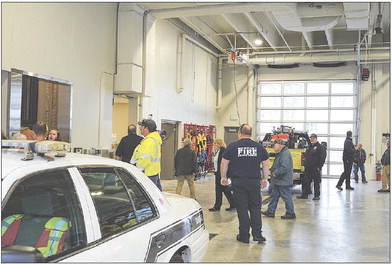 The fire department now has drive-through garages which helps reduce the chance of accidents when leaving the station. There are also plenty of stalls to handle additional equipment as Newport grows. Photo by Bruce Karnick 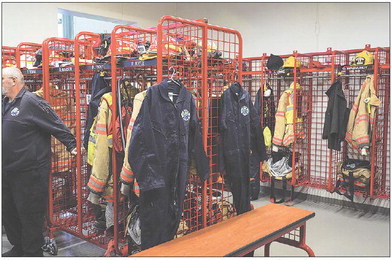 The storage area for the fire fighter’s gear is much more open with specialized ventilation to protect the crews as they prepare to leave on a call. Photo by Bruce Karnick

Latest News
News
$2.146 million upgrade coming for River Oaks
At the Nov. 16 meeting, the Cottage Grove City Council approved a bid for a $2,146,921 irrigation upgrade at River Oaks Golf Course. As a municipal c...
News
Woodbury teen sentenced in crash that killed one, injured three
STILLWATER, MN --- A Woodbury teen convicted in the vehicular homicide of teenager Garrett Bumgarner was sentenced today, Washington County Attorney...
Community, News
Thankful for all of YOU
SPELLING BEE Time BY BEA WESTERBERG “Not what we say about our blessings but how we use them, is the true measure of Thanksgiving”. Unk...
Community, News
PARK GROVE Library Notes
PARK GROVE Library Notes All Washington County Library branches will be closed on Sunday, Dec. 25 and Monday, Dec. 26. Regular hours will res...
Community, News
Access to affordable health treatments is critical
LETTER to the Editor Dear Editor, Now that the midterm elections are over, it’s time for the next Congress to start preparing for their se...
Obituaries
Obituaries
Patricia Samuelson 1930-2022
Patricia Samuelson, a long-time resident of Cottage Grove, MN, died peacefully on September 16, 2022, five days short of her 92nd birthday. She was b...
Obituaries
David Martin 1971-2022
David Martin, age 51 of Hastings, passed away with cancer at his significant other’s place in Red Wing on Saturday Aug. 27, 2022. David was born...
Read Our e-Edition