The much anticipated NorthPoint Development in the City Business Park broke ground in May, bringing logistics on a grandscale to the south side of town. Photo by Bruce Karnick
News
Taking a look back at 2022

It came, brought change, and is now given way to a new year. As such, we bring you the 2022 ‘Year in Review’ for Cottage Grove.

With the council facing criticism over handling of a development proposal for Mississippi Dunes, council member Steve Dennis and city attorney Kori Land give a council update, noting the legal aspect and how it affects what the city can do.

Making commission and committee appointments at the Jan. 5 Council meeting, the council also acts on a stormwater pond project in the city’s industrial park. By utilizing the close proximity of one site to another, the city is able to save money on fill, and do what it needs in terms of stormwater.

With a bus driver shortage affecting South Washington County schools much like the rest of the state, the district sends parents an email on the situation, and looks for drivers.

Cottage Grove police make a donation to the Youth Con- nect Center at All Saints Church, helping people stay warm in the cold.

Craig Hansen is selected as superintendent of the St. Croix National Scenic Riverway by the National Park Service.

The county applies for trail funding through the state department of transportation, in order that students at Cottage Grove Elementary might get to school safer.

Abby Fjelsta and Carter Sommerness are selected to represent Park High in the Academics, Arts, and Athletics (“Triple A”) Award program for region 3AA.

Transit factored big as the city met with legislators for the area to discuss its legislative priorities for the year. The steep hill past Settler’s Bluff would need a new road and a bridge over the railroad tracks in the long term, without interrupting rail service.

Cottage Grove Fire and EMS received a $2,500 grant from FM Global to be used towards a camera, lights, hand tools, and other equipment in coming weeks. “We never want someone to experience a fire,” deputy fire chief Jon Pritchard said. “That’s why fire prevention is so important.”

Homes and development factor big in the council agenda as Settler’s Bluff continues to take shape on Hadley Avenue South, towards the river.

A blizzard bash is planned Feb. 19 for Ravine Regional Park, with snowshoe rental and an interpretive snowshoe hike among the opportunities for residents.

Mayor Myron Bailey gives the highlights to expect over the coming year in his ‘State of the City’ address from City Hall Feb. 10, 2022

Mayor Bailey’s State of the City address is published in full, starting on the front page.

Schools take front and center as ISD 833 is projected to grow fast with a potential for 2,500 more students by 2031 The 134th Brigade Support Battalion returns from deployment overseas, welcomed home by family. The Support Battalion had been spread across the Middle East, Southwest Asia, and Africa.

Cottage Grove Police Reserves make the front page as a way for local residents to give back, serving the local community.

A meeting of the Economic Development Authority sees three public hearings for a business park, with no public comment Proposed policy changes are shared by the district superintendent at a board workshop. Final reading is Feb. 17 Feb. 24, 2022

A public hearing on the proposed Mississippi Landings development and four others is due to make debut Feb. 28 at City Hall.

The City’s economic development authority hears of economic growth and other developments, including strong wage pressures.

Following warnings from the U.S. intelligence community, Russia invades Ukraine, putting strain on world markets and precipitating future impact on local markets, including an executive order from the governor with regard to Russian firms.

Captain Charlie Anderson is due to be the featured speaker for an event March 24th in Stillwater on the Kabul Airlift of August 2021.

A backwater mining permit for lower Grey Cloud is included in the March 2 Council agenda, seeking to shift mine operations to the southeast side of the island.

Long range facilities plans for South Washington County Schools and ISD 833 are narrowed from two to one, with Crestview and Newport among those to be directly affected.

The medallion hunt almost ends before it starts, Greg and Diane Thielen find it on the first day from clues posted to the Cottage Grove Recreation and Ice Arena Page.

Pizza Ranch is planned for northwest Cottage Grove, with a mill overlay in historic Thompson Grove and voting precinct boundaries on the March 16 Council agenda.

The South Washington County Roundup attempts to make a news roundup of area communities, with snow still on the ground at Afton Alps.

The City rethinks its future growth areas as higher than expected housing applications lead to a fundamental reassessment of what the future holds.

The Park girls basketball team falls to Rosemount at Rosemount in Section finals, while the boys are reportedly a game away from State,” facing off against Eastview.

Directly impacted by District plans to close Newport Elementary, parents plan a parade to the school board meeting in support of their school.

Newport Elementary parents and supporters show up to school board, seeking to be heard as the district plans to close the Title I school.

The National Park Service announces the Start of Construction to Improve Osceola Landing on the St. Croix River. The ongoing project begun in 2021 is continuing into spring 2022. Online school passes at the March 24 school board meeting, with South Washington County Online approved by the board.

School district plans remain unchanged following parent input on Newport at the March 24 school board meeting Cottage Grove Police hold an informational meeting April 7 on a man subject to a level 3 predatory offender notification being in the area. “We understand that receiving this notice may be disturbing to the public,” the police chief says. “It is not our intention to increase fear in the community.

A joint special workshop between Cottage Grove and Woodbury features an update on forever chemicals, released into the water by 3M and later found to be toxic. 3M will later announce a plan to do away with use of such forever chemicals. Park High loses power during a spring storm, leaving the front announcement board blank for a day as Xcel Energy is seen on site.

The City hosts an open house on the county road extension from Keats to 100th Avenue, set to be constructed over years.

Apr. 28, 2022 Annual Spring Clean Up Day is May 7, with residents once again reminded of the proper traffic direction to drop their things at the public works garage, located at 8635 West Point Douglas Road south.

The South Washington County School Board approves its long-range facilities plan by a 6 – 1 vote, Eric Tessmer the sole ‘no’ vote.

The Cottage Grove Area Chamber of Commerce plans to hold a community showcase at Park High School on April 30.

The community showcase put on by the Cottage Grove Area Chamber of Commerce is deemed a fun time for all, and includes several business.

Routine policy review at the May 19 school board is due to include language clarifying public participation at school board meetings.

The scheduled closure of Highway 36 for road work is postponed, due to cold weather.

Annual report of pro-senior organization known as DARTS shared at May 10 Economic Development Authority meeting. The South Washington County Roundup features a photo down by the river in Grey Cloud Dunes SNA, Strawberry Fest ride tickets and t-shirts are reported to be on sale, after a hiatus due to the pandemic.

The 133rd Airlift Wing Welcomes its first eight bladed propeller, held to the more efficient than four-propeller planes Irrigation is set to come to River Oaks as a combined 800 sprinkler heads are planned for the city owned course.

Appeals for bird ID leads to results, highlighting the diversity of wildlife just off the river on Grey Cloud Trail South.

Norris Square holds a recognition of service event for Ray Weisner on Tuesday May 24.

Highlands Park is due to see free movies in 2022 with an initiative by Monique Garza, said initiative otherwise known as “Movies in the Park” The introduction of Bison at Belwin is on the agenda for a talk by Susan Haus at the Warden’s House Museum June 2, in Stillwater.

The City hosted a Memorial Day ceremony at City Hall May 30, with council member Steve Dennis and Representative Angie Craig as speakers.

Strawberry Fest arrives June 16. Tickets are on sale, with five rides going for $12.50/ Wisconsin County, in partnership with the Minnesota Department of Transportation and the cities of Grant and Lake Elmo,asks for the public’s feedback on a draft Purpose and Need Document and draft Evaluation Criteria for improvements to the intersection of Highway 36 and County Highway 17, or Lake Elmo Avenue.

Park High edged out Rosemount in 1-0 thriller to gain state. Park High graduates 470 seniors with the Class of 2022.

Strawberry Fest to include live music, rides, and booths.

Strawberry Fest 2022 is a success, with contestants crowned Monday at Oltman.

Opposition to district plans for Newport continues through the summer as a group calling itself “No to 833” takes a booth at Strawberry Fest, as does the district itself for unrelated reasons.

Nuclear drills carried out with a view to making sure the area is ready, should anything ever happen at Prairie Island Nuclear Plant.

ISD 833 School Board to hear preliminary budget presentation as district looks at $12.44 million deficit, mostly due to building fund.

Fireworks at dusk are planned for a July 4th celebration at Kingston Park, with the fun to kick off at 5:30 p.m., sponsored by the Cottage Grove Lions.

The City releases its annual drinking water report, with alkalinity measured at 7.6, a neutral pH score being 7. 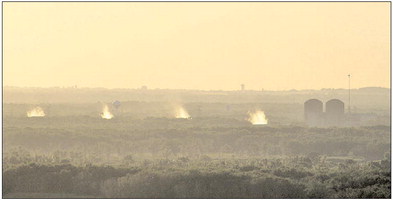 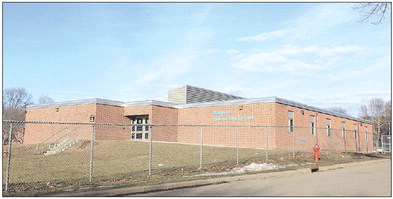 Newport Elementary and its planned closure became a source of contention earlier this year, as parents and others banded together to save the school in Newport. Photo by Joseph Back.