Two new eateries are approved to move into Cottage Grove, and construction will soon be underway for Pizza Ranch and Thai Garden. The community heard news of a Pizza Ranch franchise for nearly three years, but the project has been laden with a handful of delays. They are planning to break ground later this month, with an expected completion in January 2023 in the currently vacant grass lot at 7855 Harkness Ave. S.

Across 80th Street South at 7470 East Point Douglas Road South, a new restaurant called Thai Garden was approved by the Planning Commission as of Aug. 22.

Given they are both new installations near existing residential areas, many questions were raised by the Planning Commission, but concerns were addressed by planners and continued plans for both were subsequently greenlit.

With a total seating plan of 236 seats and an extensive landscaping plan to meet city code, the new Pizza Ranch is planned to build and open. It has been on the books awaiting forward motion since 2019.

Thai Garden, being a new proposal, will be building on the now-vacant lot just southeast of the Jack Germo State Farm Insurance Agency building, and northwest of MTZ Auto Sales.

According to City of Cottage Grove Associate Planner Connor Jakes, “The parcel’s original use was a gas station that operated until about 1989, and then converted to Village Transmission, which operated until the fall of 2018. In 2019 the Economic Development Authority (EDA) purchased the land and prepared the site for redevelopment. The site is currently vacant and shovel- ready.” The proposed Thai Garden building will be a 2,855 square-foot restaurant with 92 seats, 64 indoor and 28 outdoor patio seats. A new 6-foot privacy fence will also be installed on the north side of the parcel, along with a 5-foot-wide sidewalk and a dry stormwater pond on the south side of the property to deal with any water runoff. City code requires 22 parking stalls, and they are planning to install 27 stalls on the north side of the new building.

Thai Garden will be meeting code requirements for landscaping by installing eight overstory trees, seven coniferous trees and 33 shrubs, as well as different perennial flowers and vegetation throughout.

Commissioner Ken Brittain raised the issue of restaurant odor being introduced into a residential area.

“I’m glad to see that the odor prevention is included from emissions from the building, but I’m curious about the dumpster location, and any odor that might be permeating from that. Are there any concerns that a restaurant-type dumpster might cause any odor issues, and what protections do we have?” Brittain asked.

Jakes pointed out that numerous discussions have taken place on the topic, and the placement of dumpsters would “be located right next to the building, to keep it away from the property line and minimize odors and potential impacts on the adjacent residents.”

Commissioner Emily Stephens asked about the history of the site and its viability to be used as a restaurant site.

“Since the site used to be a gas station, was there any sort of environmental remediation discussed, or do you they need to look at the soil onsite before redeveloping it?” asked Stephens.

“When the city did the demolition of the old transmission shop we did go through some environmental work, including removal of underground storage tanks, so that has been completed on this property,” said a City of Cottage Grove staff member. 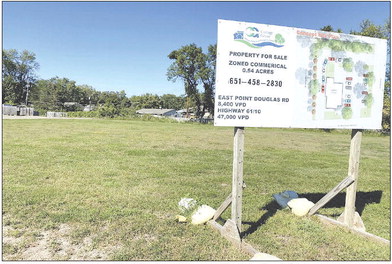 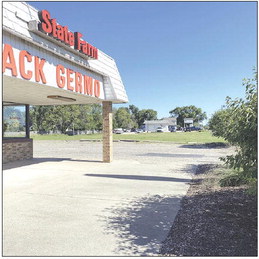 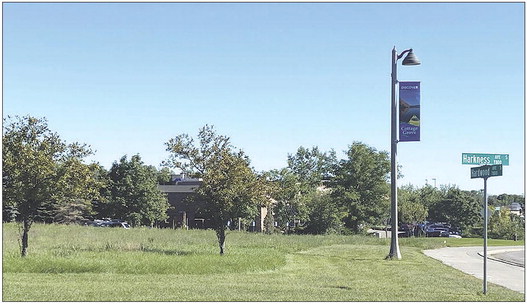 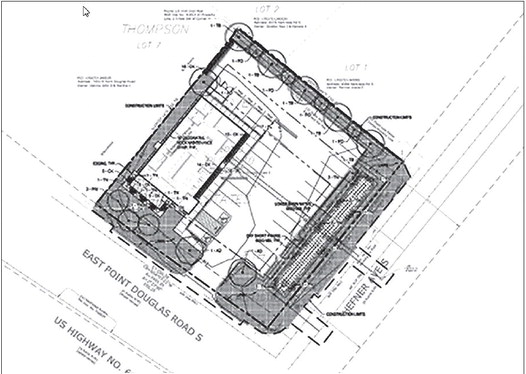